The Vespa gained a certain notoriety thanks to the 1953 movie “Roman holiday” starring Gregory Peck and Audrey Hepburn.
This lamp is a tribute to the Vespa model used in the movie, the “Faro Basso (low light)” that is the core of this work.
An original Vespa horn of the 60’s gives elegance, due to the combination of aluminum and travertine.
This valuable marble has been chosen because the movie shows a wide series of Roman views, where historical buildings and ruins were made of the characteristic Roman travertine.

Lamp.
The buckler of the headlight was recovered from an abandoned exemplary Vespa of the 50’s, stripped so as to bring out the raw aluminum to the exterior. The base consists of three travertine elements assembled disorderly and which have been affixed logos in Piaggio and Vespa styles.
28x5x43 cm 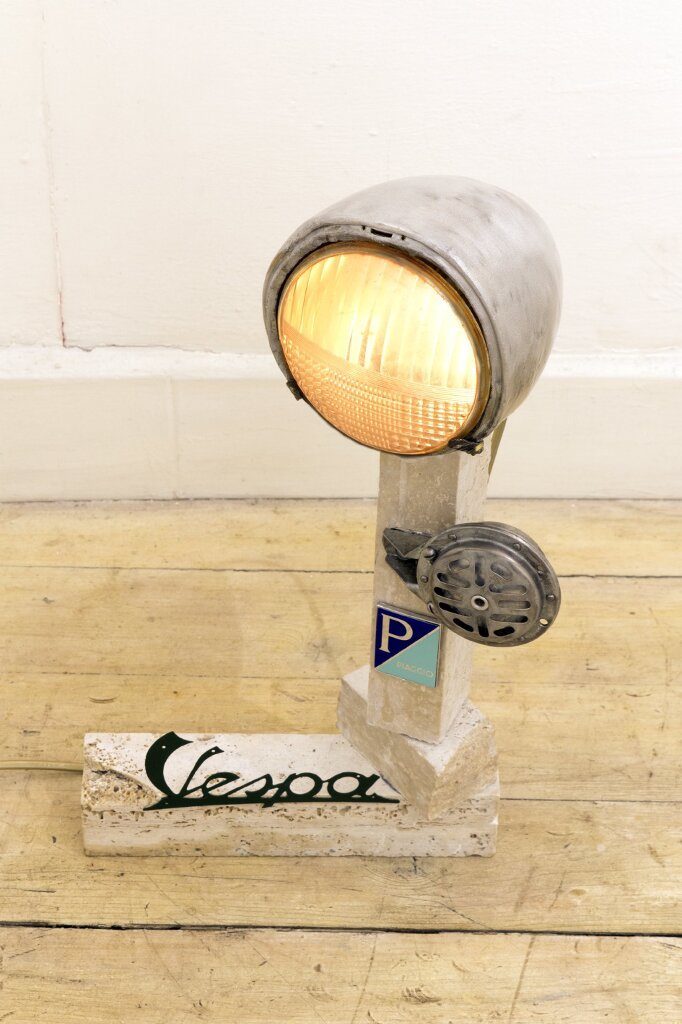 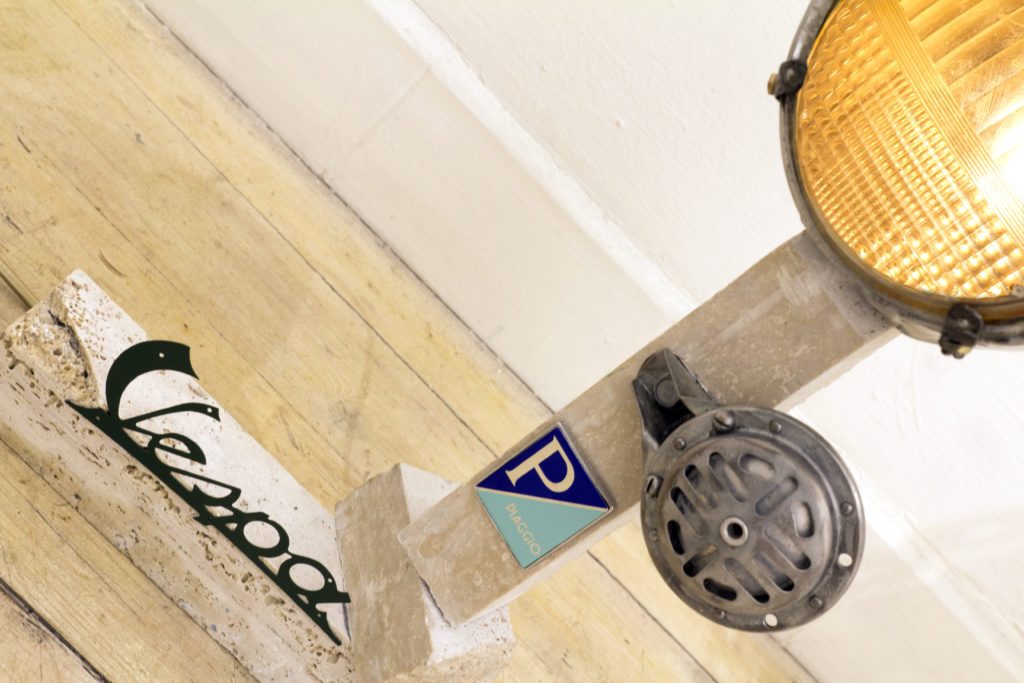 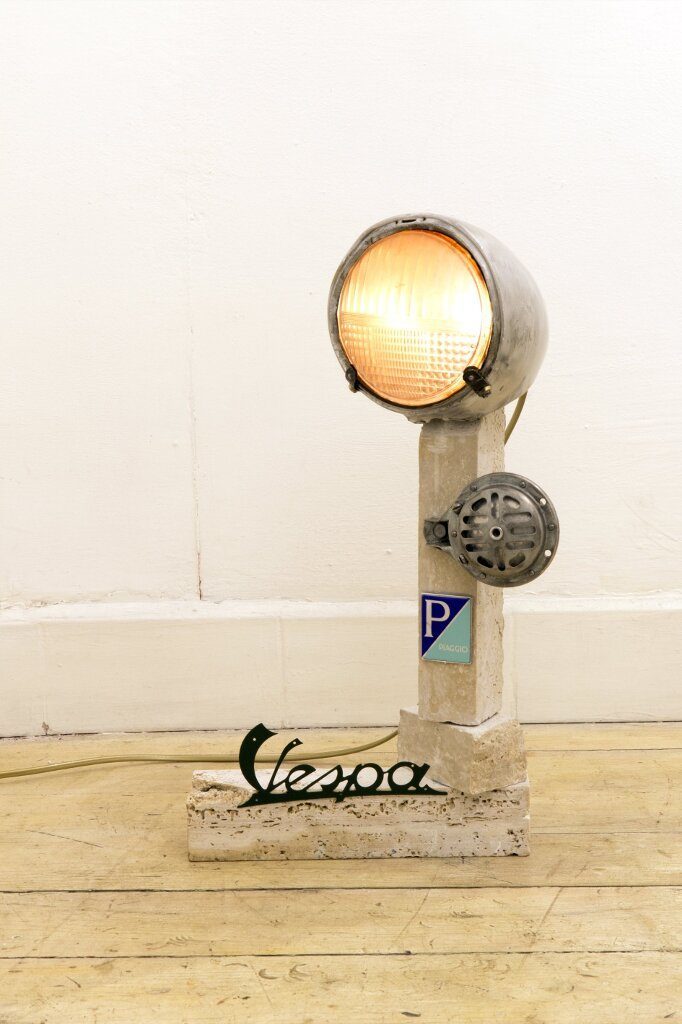 This website uses cookies to improve your experience while you navigate through the website. Out of these, the cookies that are categorized as necessary are stored on your browser as they are essential for the working of basic functionalities of the website. We also use third-party cookies that help us analyze and understand how you use this website. These cookies will be stored in your browser only with your consent. You also have the option to opt-out of these cookies. But opting out of some of these cookies may affect your browsing experience.
Necessary Always Enabled

Any cookies that may not be particularly necessary for the website to function and is used specifically to collect user personal data via analytics, ads, other embedded contents are termed as non-necessary cookies. It is mandatory to procure user consent prior to running these cookies on your website.

SAVE & ACCEPT
Get Support